What is The Learning Community for Person Centred Practices?

Readers of this blog will know that I travelled to Portland recently to participate in a gathering of the Learning Community for Person Centred Practices. I met a wonderful warm group of people who were welcoming and friendly, and who were facing the same challenges that we face in Britain. 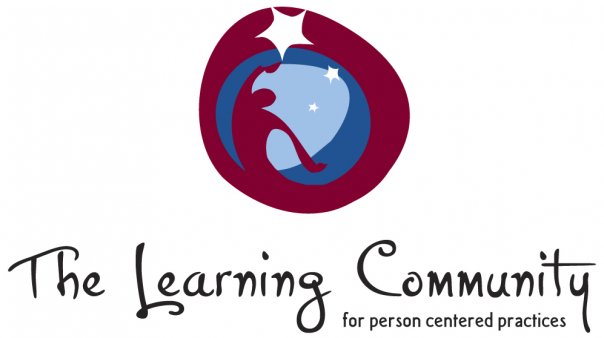 After this, I had the great honour of participating in the community's board meeting that took place on the evening after the gathering and on the following day. It was great to sit among people whose work I've studied, and experience the personalities behind the words.

If I was to sum up in one sentence what the Learning Community was about, I'd say it was a place that people who are committed to person centred change, who want to see positive choice and control returned to the lives of people who have had it taken away by impersonal institutions and health and social care systems, can come together to share learning, gain mutual support and promote the very best practices.

The community is based in years of experience of implementing what became 'Essential Lifestyle Planning', and its deconstruction into 'Person Centred Thinking' and 'Person Centred Practices' whose directness, simplicity and practicality opened up person centred approaches to many more people. A key part of its work is gathering together what's being learned about what works and doesn't work in implementing such work, finding out what's most effective at creating positive change in people's lives and inclusion and contribution to their communities.

The learning community is International, being organised in a number of countries, including the USA, Canada, Australia, Britain and now India, and with many connections developing in other countries (I may have missed several out through sheer ignorance).

One of the key dangers person centred practices face is the misuse and perversion of it's language and techniques. All it takes for an organisation to claim it is 'person centred' is to stick this on their website. However organisations and individuals that take the challenge of increasing choice and control in people's lives seriously go far further, working hard with accredited trainers for deep cultural change in their organisations. Person Centredness is a journey on which many have embarked but where nobody has yet 'arrived', it's something we're striving for. TLCPCP therefore has an important role as the guardian of key values and practices that might otherwise be diluted or used as window dressing for what remain institutional and service-centred practices, particularly in a time of austerity where cheap shortcuts look so attractive to those that hold the purse-strings! (In the long, and not-so long run, such short cuts of course usually prove to be very expensive to all involved!)

The TLCPCP helps with this work by ensuring that trainers are accredited, and by renewing commitment and fidelity to the values that motivate person centred change. This is coupled with sharing very practical person centred thinking tools and skills that enable such change at scale. The crucial balance between fidelity to values and work at scale is at the heart of almost every discussion and debate held within the TLCPCP.

Given that TLCPCP is a non-profit organisation with no staff and very limited resources, it has achieved a great deal thanks to the commitment of its members and the warm support of partner organisations. It has aims to expand into new countries and further develop the evidence base for person centred practices, spreading them further and deeper so that choice and control can no longer be usurped from human beings by the systems intended to support them.

The TLCPCP has a lively facebook page and can be followed on twitter: @TLCPCP
Posted by Unknown at 15:36